The Queen Victoria is the finest bnb in Cape May, New Jersey. The Prince Albert Hall Building offers 6 Premium rooms and 5 Luxury Suites with private entrances. The rooms in Prince Albert are all named after places in London, England. The building, while not as visually striking from the outside as the Queen Victoria building, is more Victorian with its extensive gingerbread appointments. Prince Albert boasts our largest porches at The Queen Victoria, including our wonderful third floor roof deck, which is a fabulous place to watch sunset over a bottle of wine on the front porch which overlooks our English gardens where high tea is served each afternoon in the warmer months. Prince Albert also tends to be the most popular spot for breakfast in those same warmer months, as we set the front porch and garden bistro tables for breakfast. In a real sense, Prince Albert Hall is the heart of The Queen Victoria because it houses our kitchen. Guests staying in Prince Albert are routinely treated to the aroma of cookies, breads, scones, cakes and other treats that we bake in the kitchen every day. 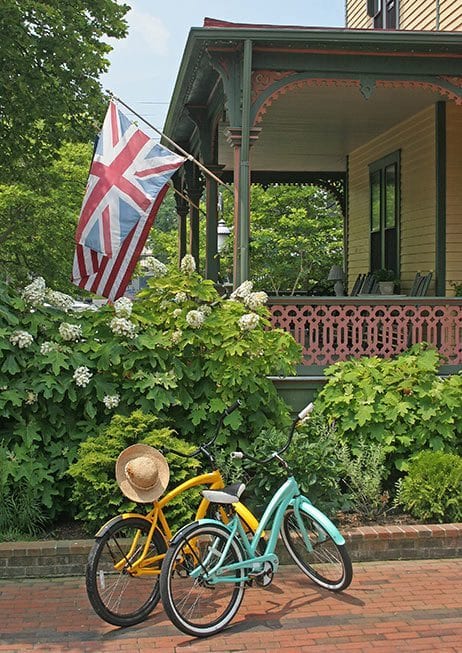 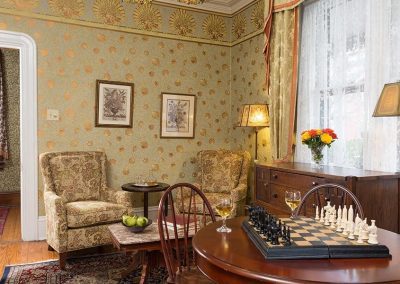 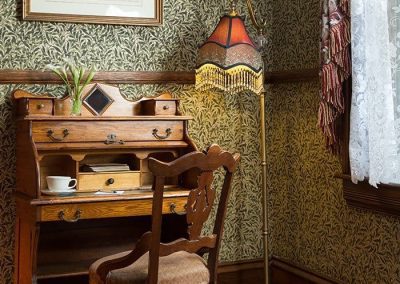 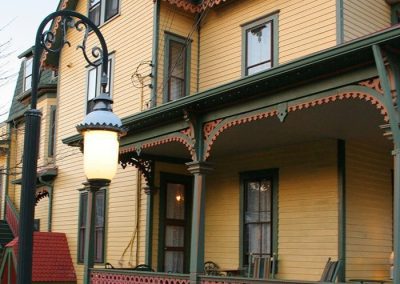 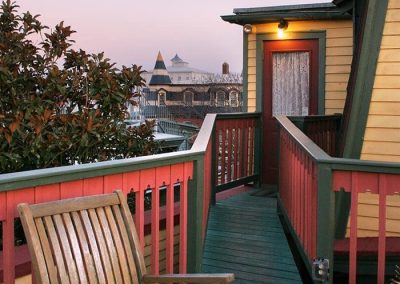 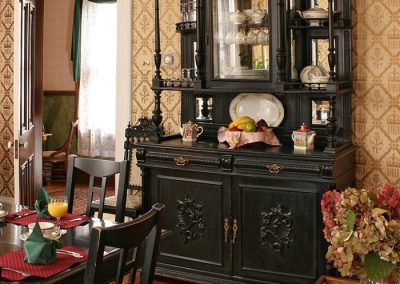 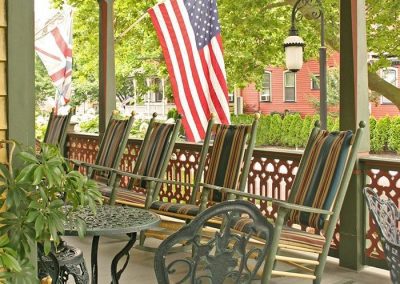 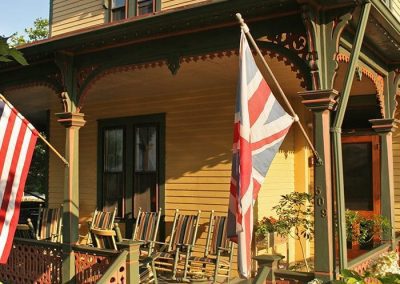 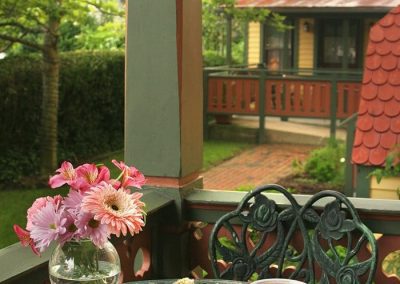 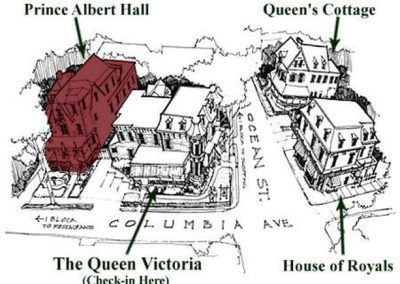