The Queen Victoria has been voted one of the best boutique hotels in Cape May every year since 2007! The House of Royals is the oldest and probably the most beautifully decorated of our historic lodging properties. Its ten elegant rooms offer a romantic, private and elegant setting for a guest that is unmatched. Nine of our luxury bed & breakfast rooms are named after one of Queen Victoria’s nine children, while the 10th, the “Empress” is named in honor of Queen Victoria herself.  Each one is unique with its own special charms. The four second floor rooms have balconies with ocean views, while three of the third floor rooms have ocean views. Each room has a private bath with marble floors, hydro-massage shower heads, and heated towel bars.

Breakfast is served in the parlor with bistro seating, though guests are invited to dine in any of our three buildings with common areas. In warmer months, many guests enjoy taking their breakfast on the front porch or in our courtyard.

The House of Royals was designed and built in 1876 by Charles Shaw, the builder of the Chalfonte Hotel and the Emlen Physick Estate. The first floor was originally a general store offering stationery, sundries, and patent medicines (some refer to it as “Ware’s Drug Store”). The second floor, with its high 11-foot ceilings and 9-foot doors, unusual in a residential setting, was a gentleman’s gambling club including a large common room and several smaller private gambling parlors. The third floor, with its 9-foot ceilings was a series of bedrooms, probably for the ladies who entertained the gamblers. The House of Royals is the only building of The Queen Victoria® that pre-dates the last great Cape May fire of 1878. In fact, the fire fighters finally held their line at Ocean Street just in front of the building with the sparks flying into the roof. 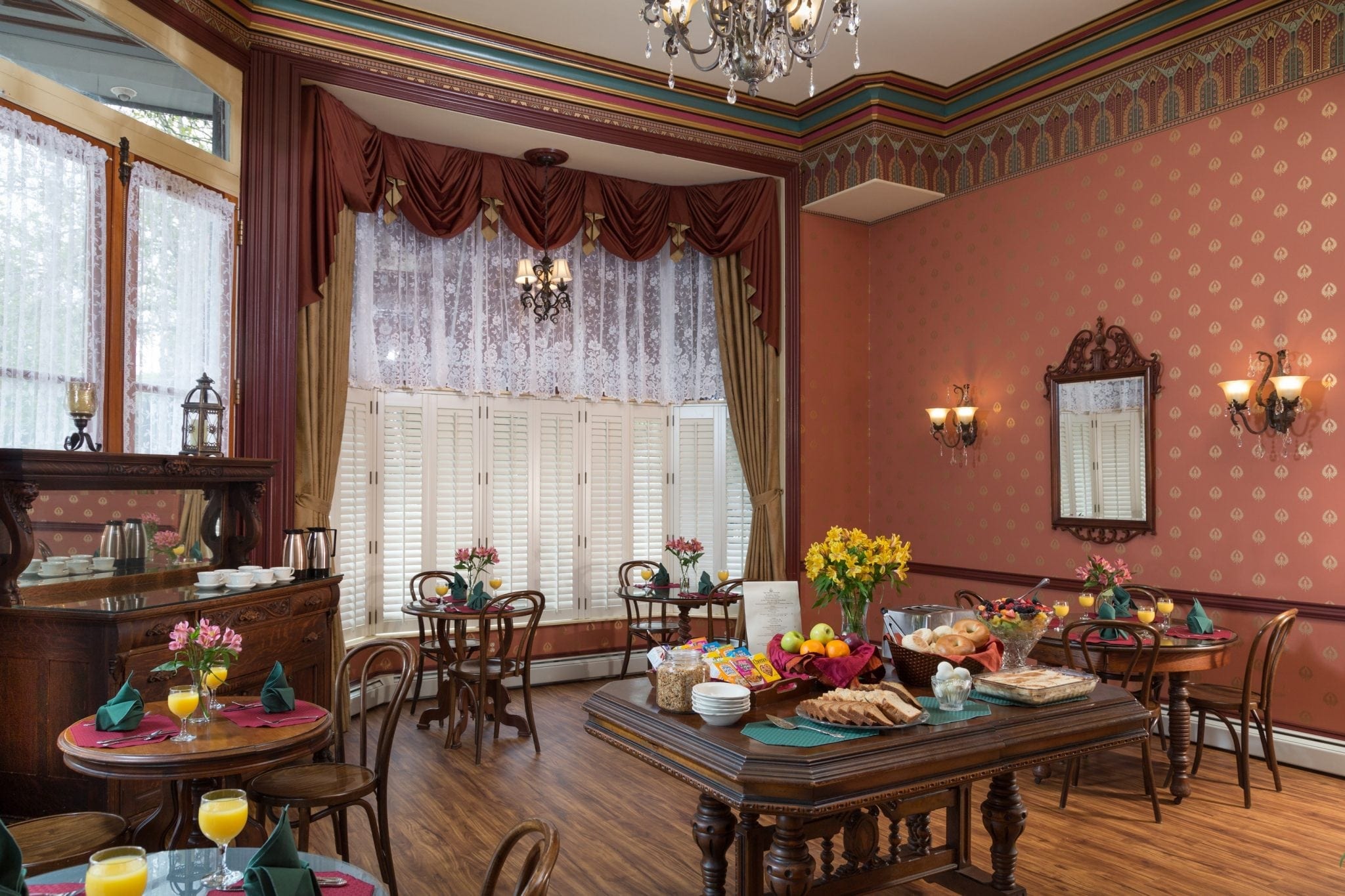 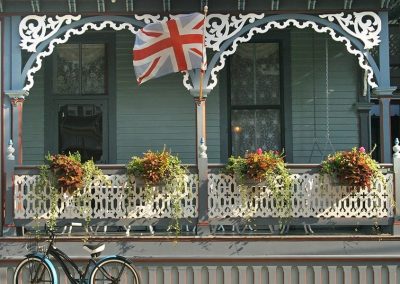 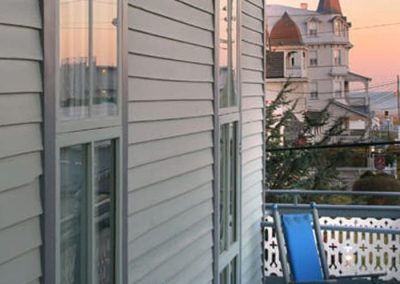 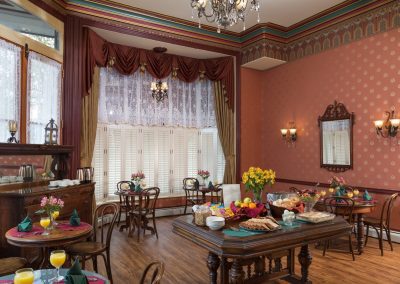 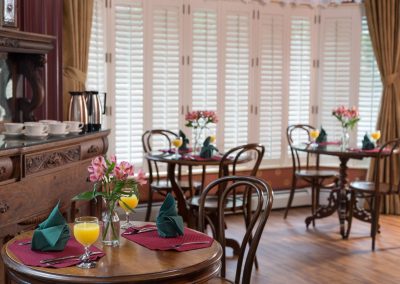 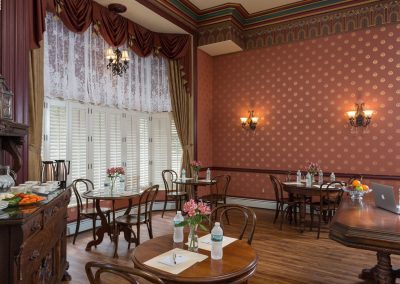 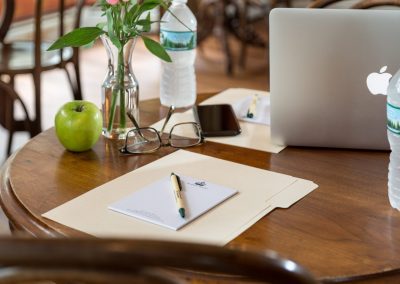 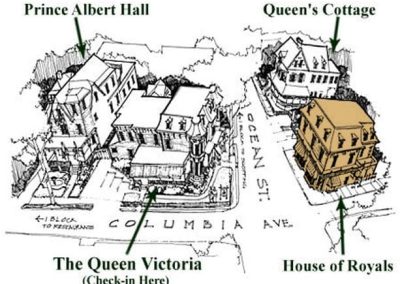